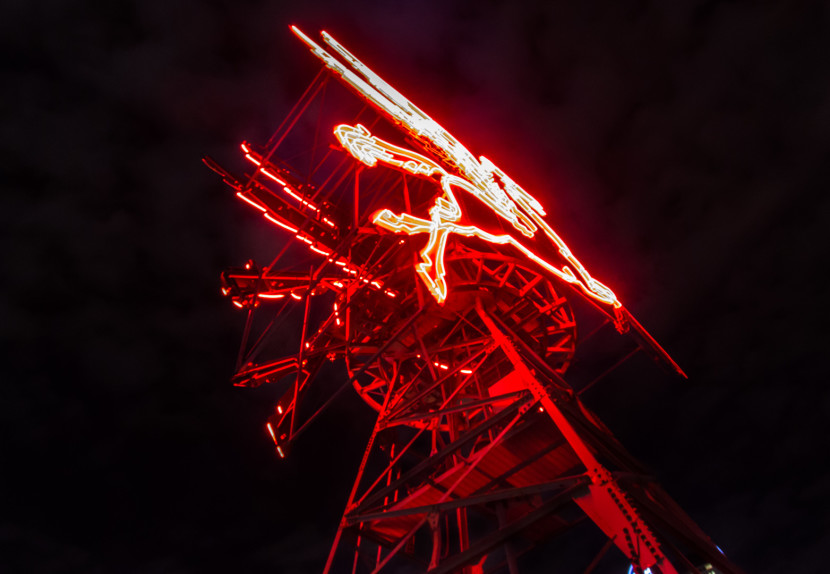 Among all the buildings that compromise Dallas’s iconic skyline, there was one that used to proudly tower over them all. Opened in 1922, it’s rightly a historical piece of Dallas’s prosperous rise. After serving as the headquarters for a petroleum company, it was transformed into a prominent hotel in 1997. Even so, the marks of almost a century of time remain entrenched in the hidden recesses of the building; the creaks and groans of the elevators, the faded window panes unseen in the stairwells, and the atmosphere of a certain aged class that comes only with time.

Most people will know it by it’s name, but any native of Dallas should be able to recall it by one symbol alone, a flying neon red Pegasus.

When it comes to rooftopping in Dallas, or urban exploration, it seems that spots are few and far between. It’s no difficult task to figure out this location, but as usual I would caution anyone who is going, to try and do so carefully; give the same opportunity you had to the person that will inevitably follow you.

All that being said, here are the pictures: 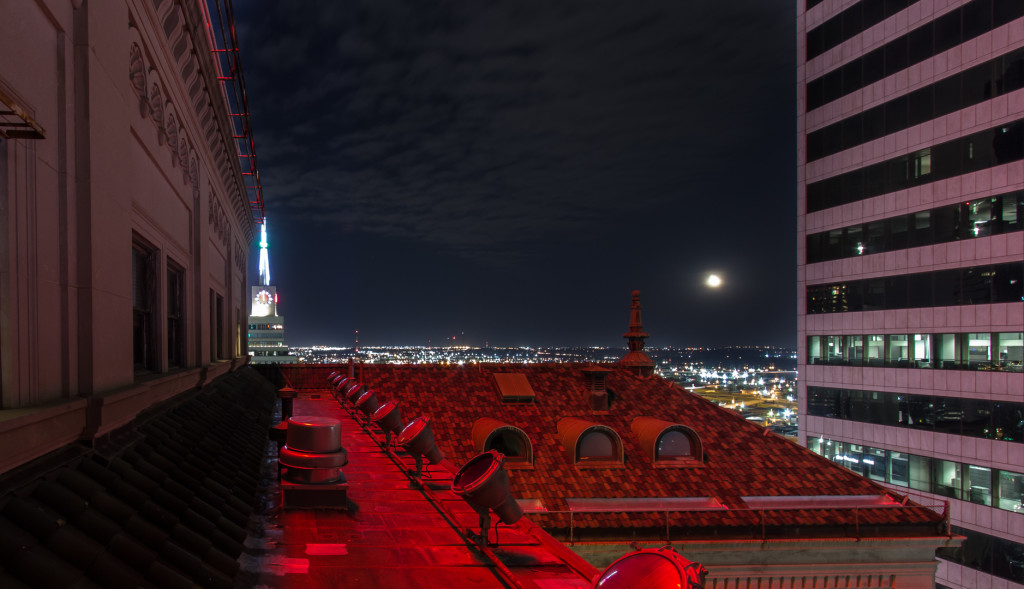 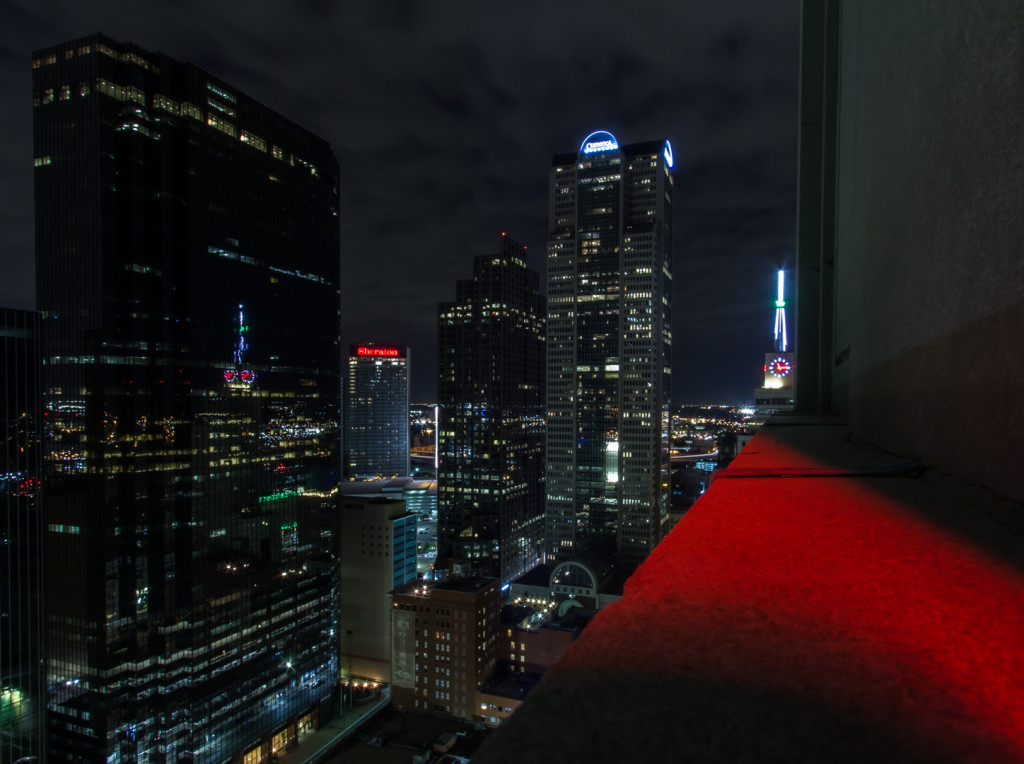 Near a ledge; red glow from the sign appearing 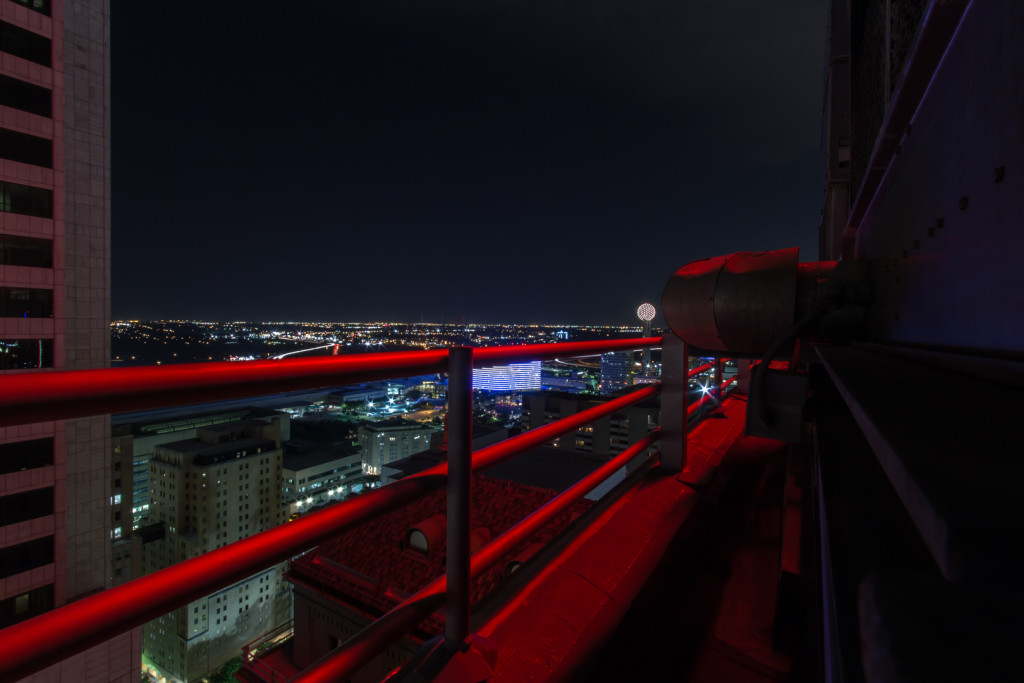 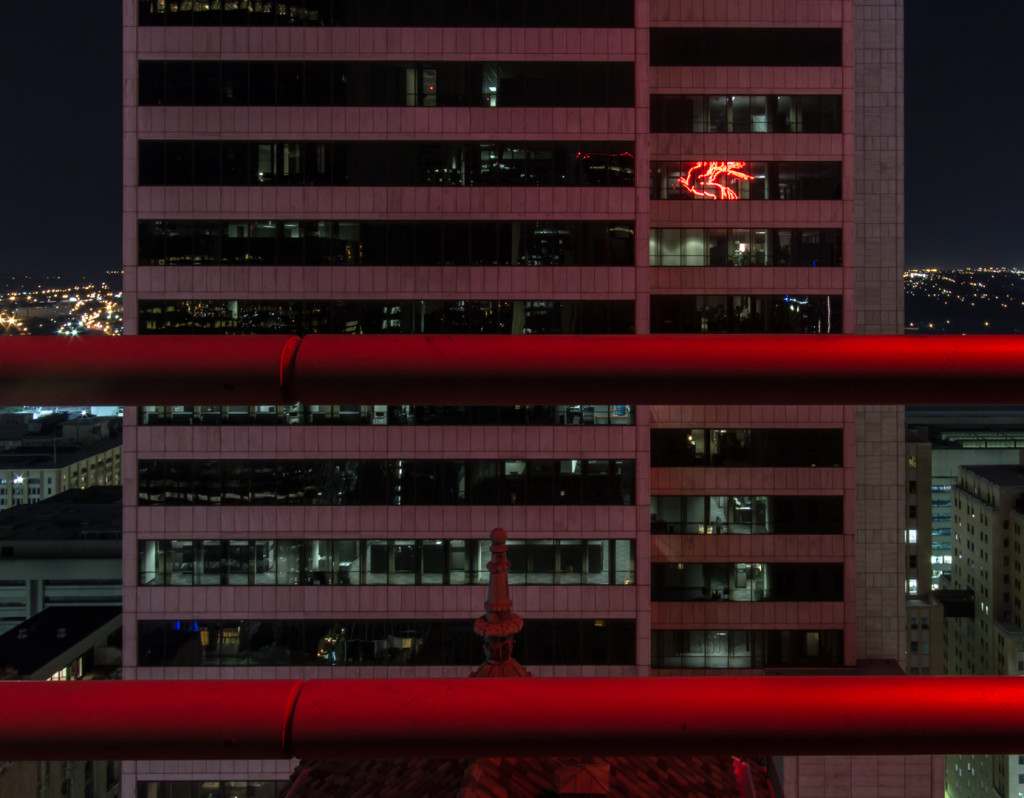 Bars; reflection of the Pegasus in the windows 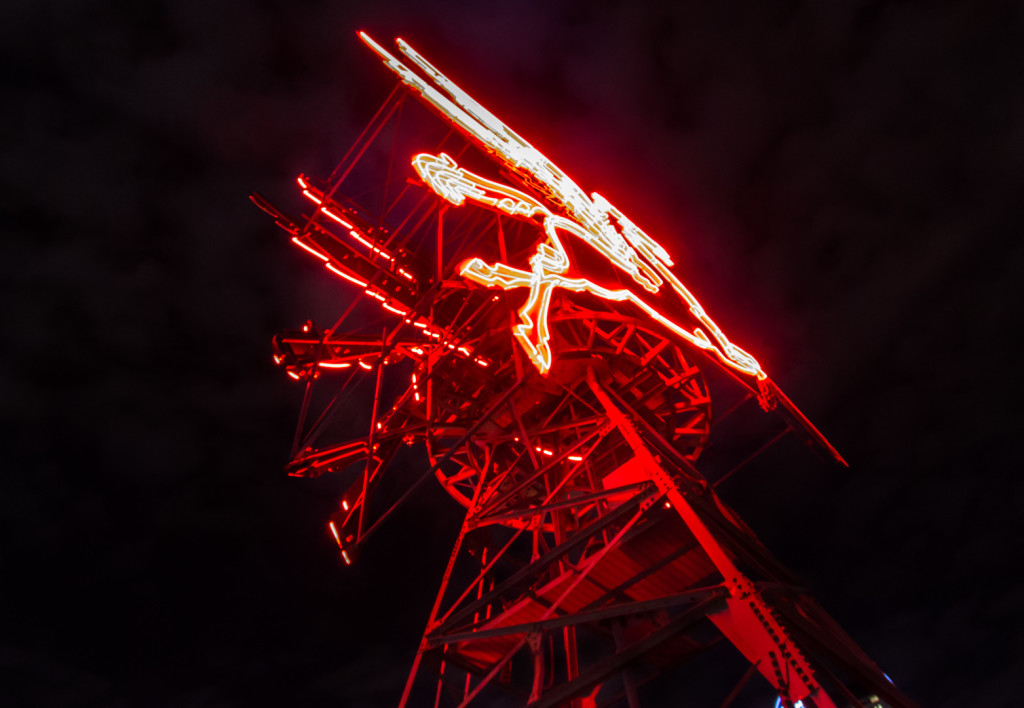 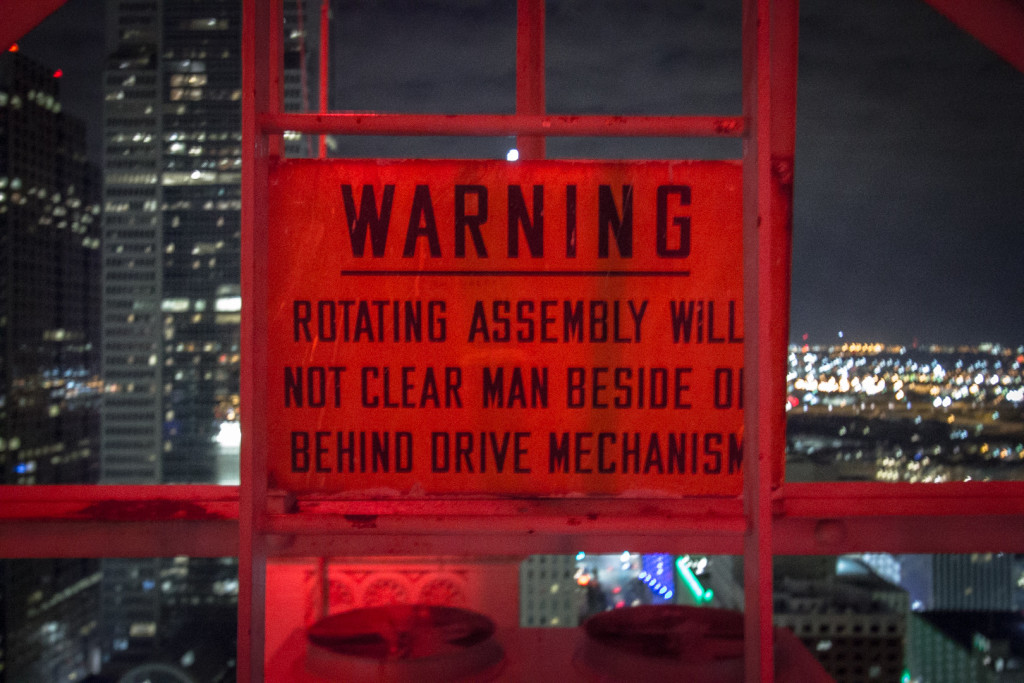 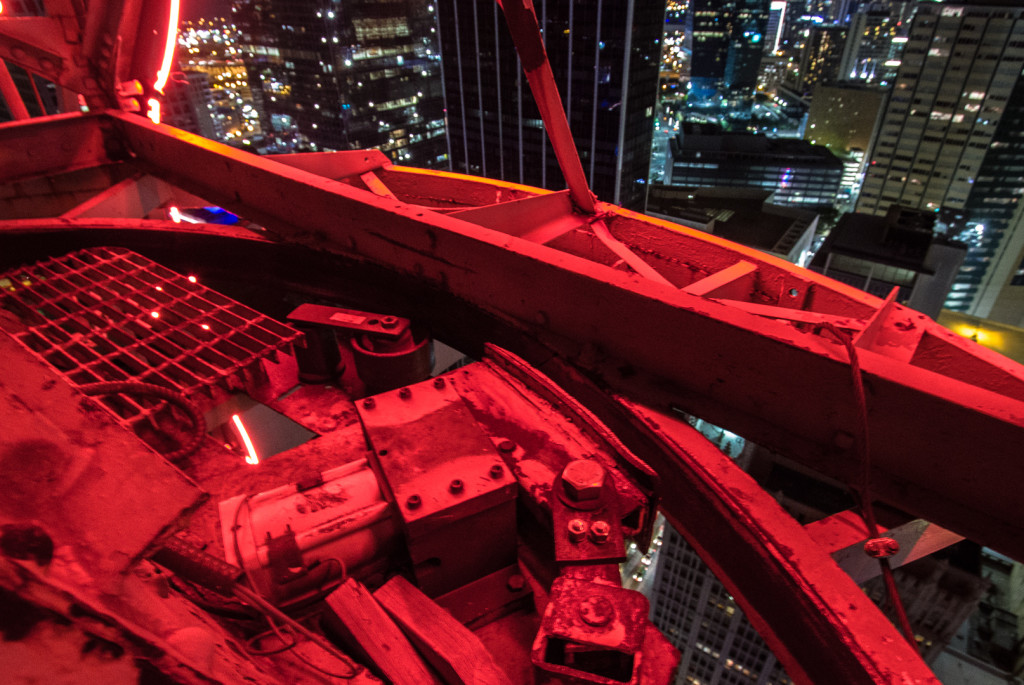 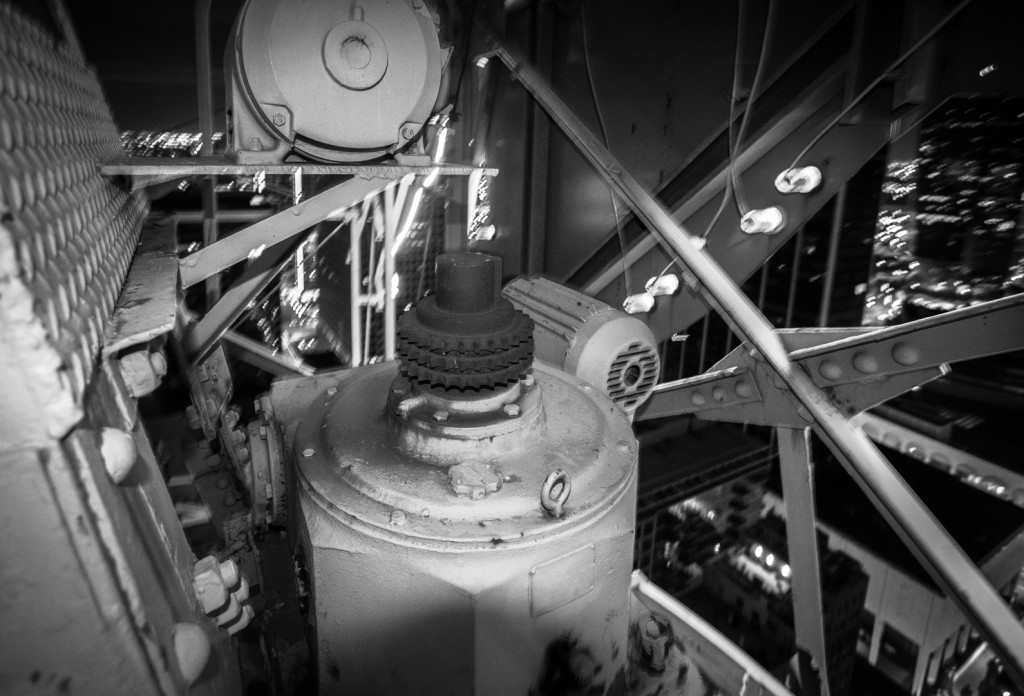 The gear that was likely used to rotate the sign; black & white for clarity

You can see the mechanical setup in place to allow the sign to rotate 360 degrees; apparently through the years the mechanisms were plagued with problems and eventually the sign was relegated to its current fixed state. 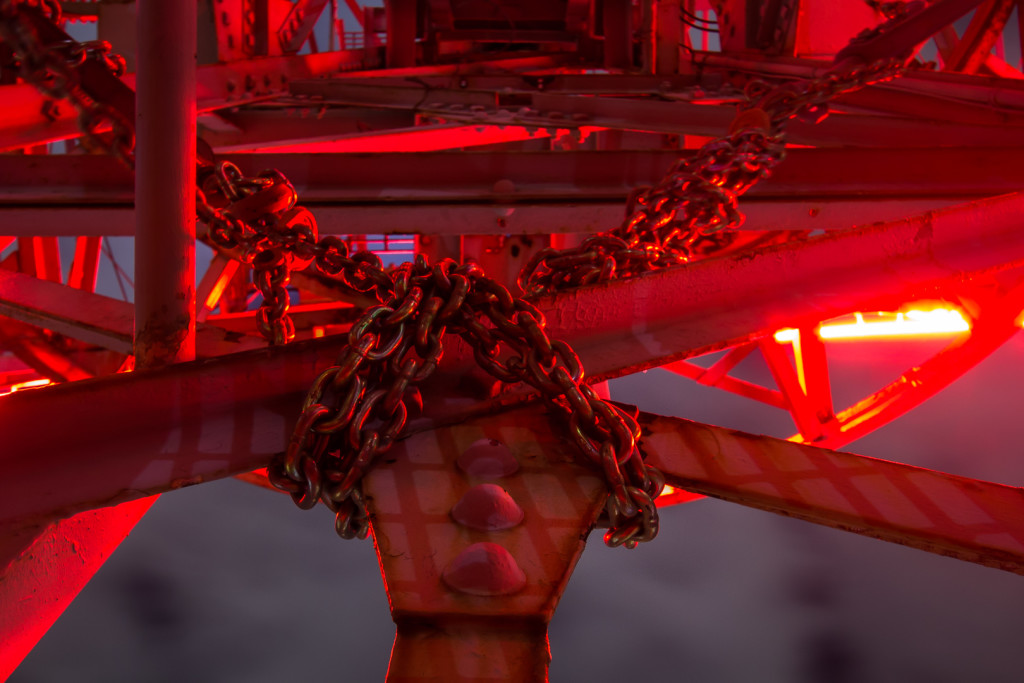 Thick chains strapped to the structure 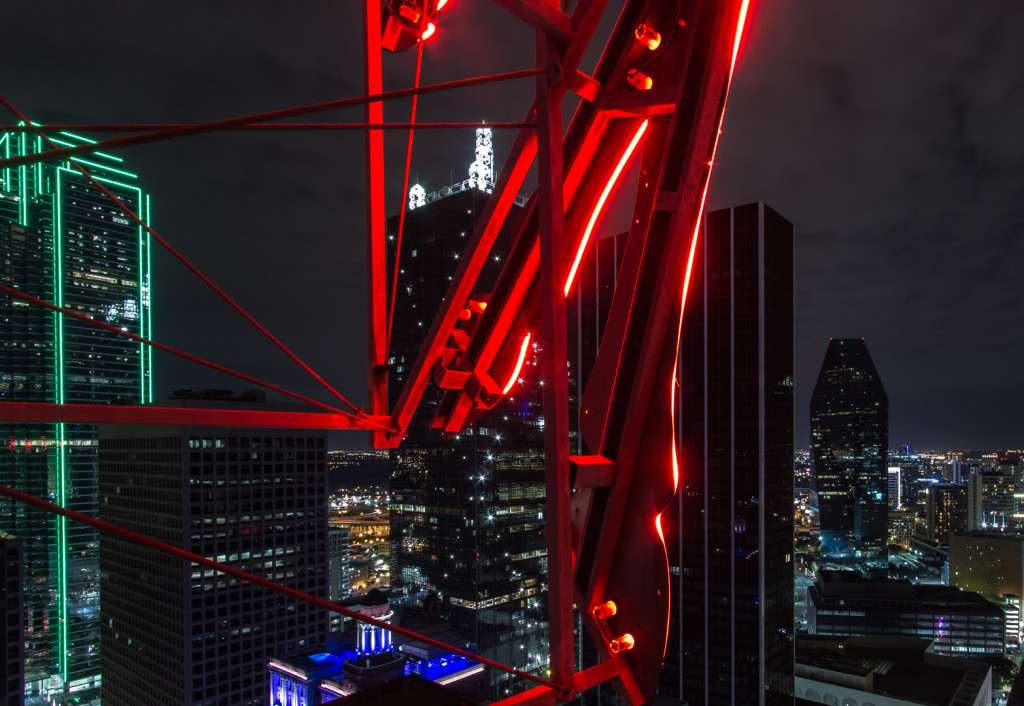 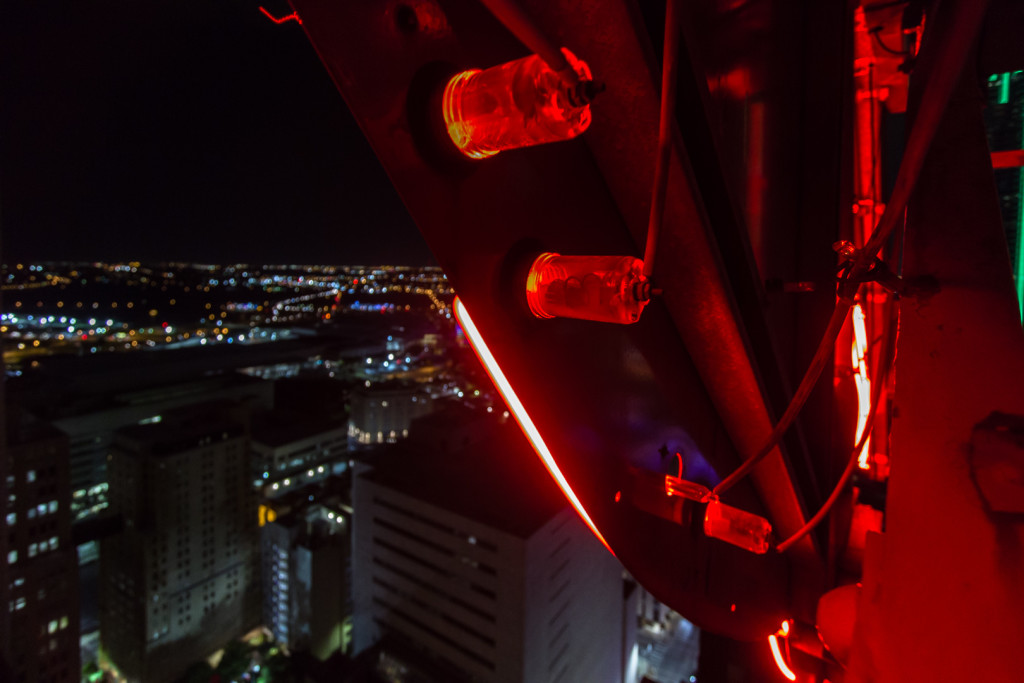 The plugs that run the course of the entire sign 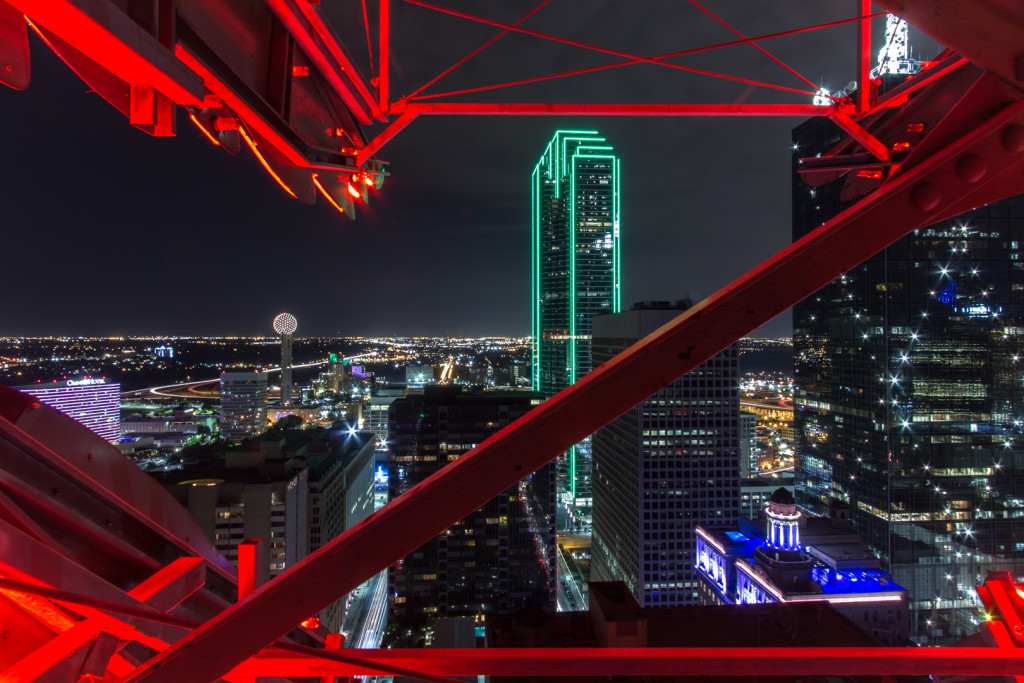 Inside the Pegasus; downtown view 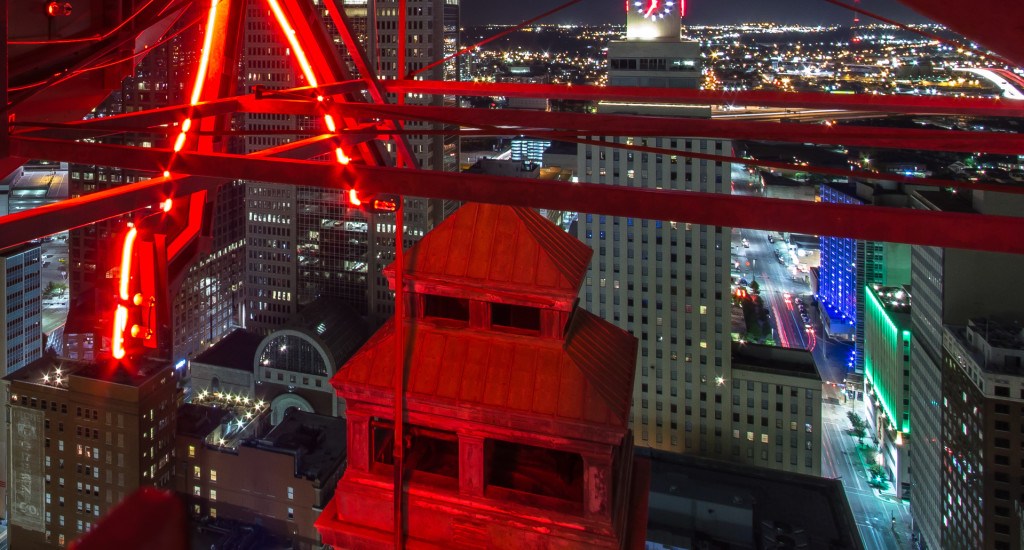 Street view; inside the Pegasus

I took a short video from the platform inside the Pegasus (watch in HD if possible, it’s dark). 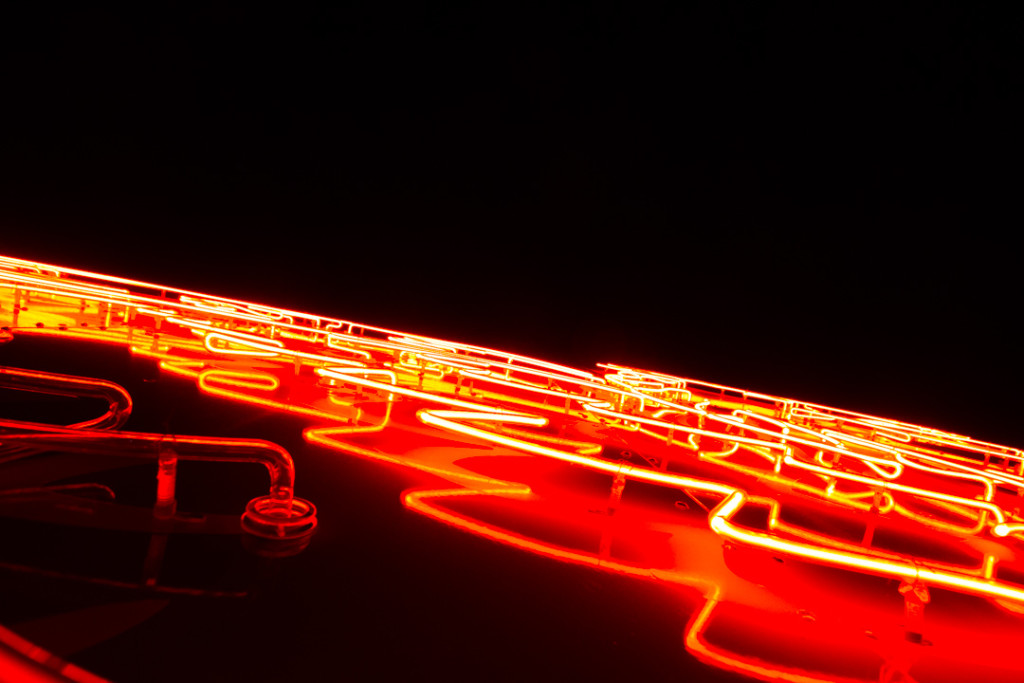 My “artistic” shot of the night; close-up of the Pegasus sign 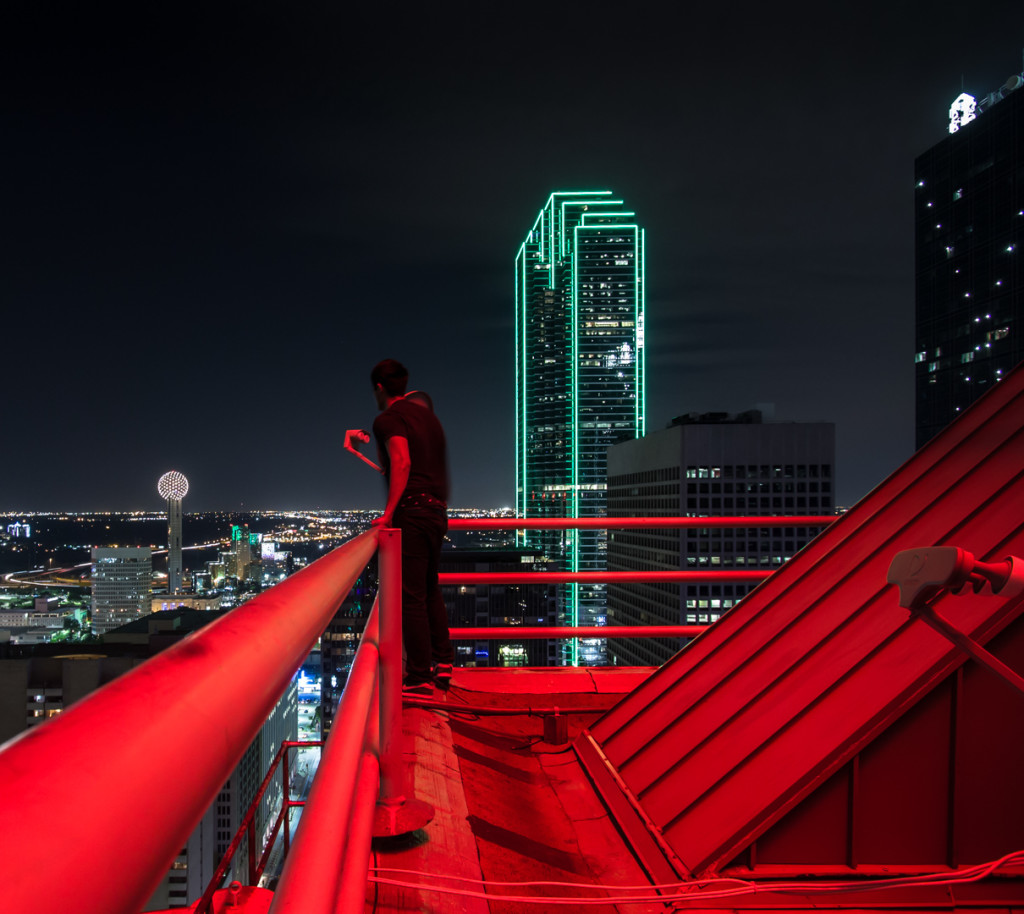 The red glow dominates the rooftop 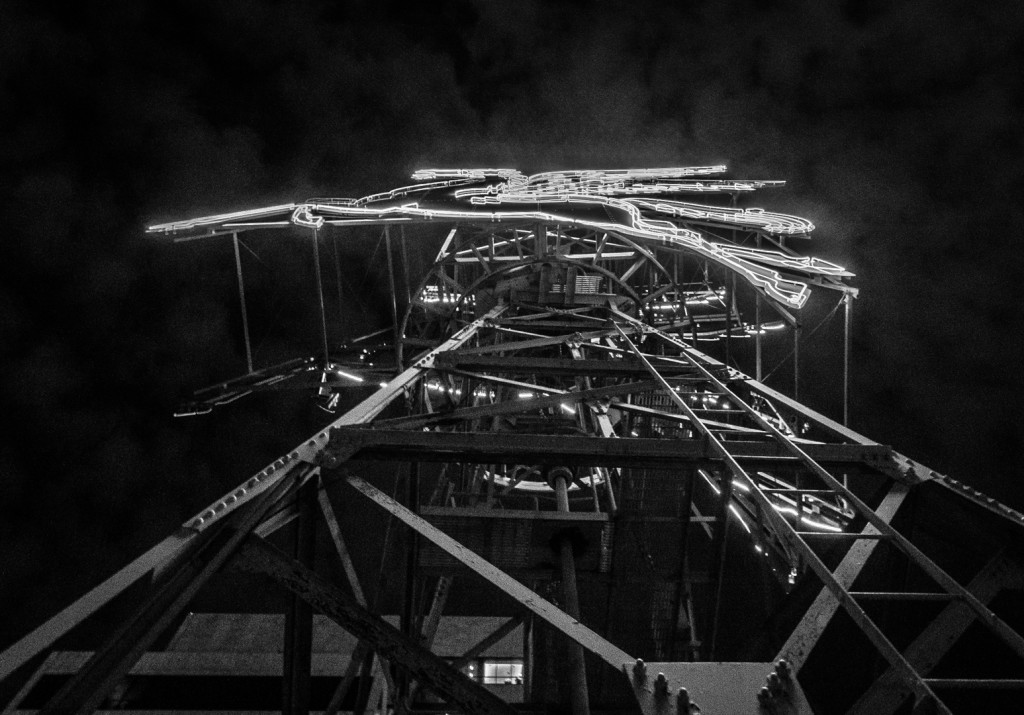 The mighty Pegasus in B&W

The sign is a true spectacle up close; and the view of downtown is just as worthy. A number of people have been up here, and I’m sure they too can attest it’s a special place.

Dallas is rapidly growing and changing, but hopefully decades from now, in the future, some things will stay the same, and a red horse will still be seen flying.